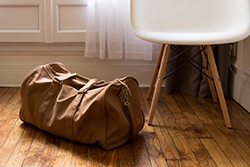 A case is considered ‘international’ if you and your spouse have a foreign nationality or multiple nationalities. This regulation can also apply if you have lived abroad together immediately after your marriage

Judges will first assess whether they are qualified to hear the case. If the court decides to assume jurisdiction, it must first check which law applies. It is important to know that the Dutch judge cannot always apply Dutch law. The regulations and treaties specify which laws the court must apply.

This legislation only concerns matrimonial property law. The legislation regulates whether Dutch law applies to the general community of property (until 2018) or limited community of property (from 2018) or if the laws of another Member State must apply. This decision can have very different consequences. While the new regulations are not explicitly concerned with alimony, it is quite possible that different laws regarding alimony must be applied by the Dutch court.

Important! The new legislation only applies to matrimonial property law and not, for example, to the establishment of alimony obligations.

What does the new judgment consist of?

The judgment determines that the following laws must apply:

Important! The court may make an exception and decide that the right of the first joint residence does not apply if the parties subsequently moved to another country for a significantly longer period and would be expected to have assumed that the rules of that country would apply.

When will the new rules apply?

You may be affected by these new rules if you were married on or after January 29th, 2019, or if you were married before then but only legally registered this marriage after January 29th, 2019. For cases prior to that date, the Hague Matrimonial Property Convention of 1978 still applies. For marriages declared prior to 1 September 1992, other rules apply, namely the rules laid down in an important judgment of the Supreme Court.

Tip! If your marriage is ‘international’ make sure you are aware which law applies. This will avoid any unpleasant surprises if you subsequently divorce at a later stage.

It might be the case that spouses opt to apply the law of a particular country. This is called a choice of law. The legislation determines when that choice of law is valid. For parties living in one EU Member State, for example, the choice of law must comply with the rules of a prenuptial agreement in that Member State. Under Dutch law this is only possible when confirmed via a notary. You can then choose the right of habitual residence or the nationality of one of the spouses.

Tip! Check carefully whether a choice of law is valid. If the choice of law does not prove valid, this may have major and possibly unpleasant consequences.

No Choice of Law?

If no choice of law has been made the new legislation will apply.

Does your situation resemble an ‘international divorce’? Make sure you get good advice.