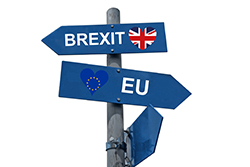 Snel has informed the Dutch Parliament on this matter. If the UK leaves the EU on March 29th without a deal, the UK will become a so-called ‘third country’ and different rules will apply to trade and tax agreements.

Loss of rights regarding deductibles

Dutch citizens resident in the UK for whom income is (partially) taxed in The Netherlands will lose the right to personal deductions after Brexit. There are numerous other examples of a no deal Brexit having direct consequences for companies and citizens.

Snel wishes to implement a ruling where the UK will continue to be treated as a member of the EU for the remainder of the current financial year. This will ensure that the current tax regime continues to apply in the event of a no deal Brexit. In addition, he proposes transition laws for companies, for example to prevent different tax regulations being applied during the same financial year.